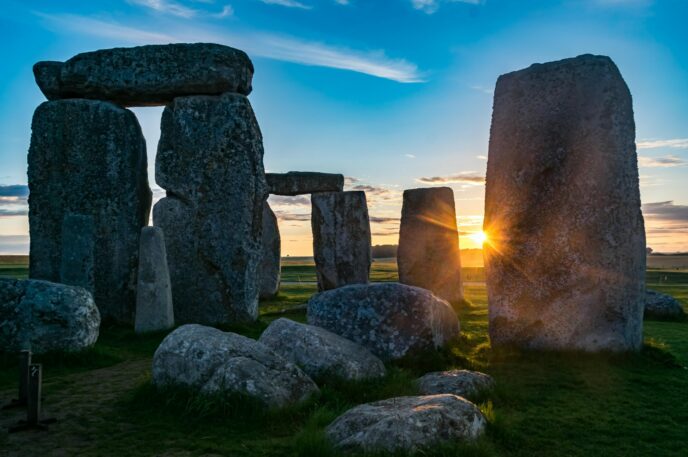 Recharge yourself with the strong energy of the summer solstice!  Solstice is derived from the Latin words sol, meaning “sun,” and sistere, meaning “to stand still”. Summer solstice is the day when the sun reaches its highest point in the sky. This first official calendar day of summer in the Northern Hemisphere also has the longest period of daylight—a day in which the sun seems to simply stand still. The summer solstice has been celebrated since ancient times. It marks one of the most powerful seasonal transitions of the year. Nature is energetically at its utmost yang, filling life with light, expansion, energy, and growth.

Our sun has the power and energy to move ocean waves and warm our planet. Without it, there would be no life on Earth. Not to mention, without the sun, Earth would lose its orbit. We’d be lost in space! Because of the centering power of the sun, the summer solstice is an incredibly energetic day.

As creatures of Nature, we reap benefits from the enormous energy of the Summer solstice. As with any major seasonal event, take advantage of the heightened energy and practice Qigong, meditate, eat lightly and rest to recharge your spirit and health.

This is a time of peak fire energy (associated with the Heart), with the hottest days of the year yet to come. So during the solstice, try to remain peaceful in mind, body and spirit.

In the Northern Hemisphere, the summer solstice begins this Tuesday, June 21 at 5:13 AM EDT. This is a powerful time to practice Qigong and align yourself with Nature’s energies. Hold the meditative posture, The Dragon Stands Between Heaven and Earth, and feel the uplifting effect of this powerful energy field.

The relationship between your Heart and Spirit determines your true happiness. Summer is the best time to nurture the Heart. Learn more about Heart Qi and its impact on your body.