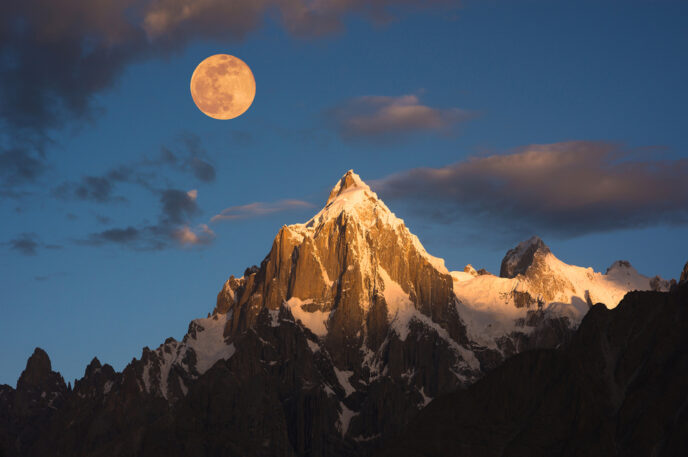 As we gaze into the heavens this Friday evening, the first full moon of 2023 will take center stage. The Full Wolf Moon, also a Micromoon, will be in apogee, or the point at which it is farthest from Earth this month. January’s Full Wolf Micromoon will be about 252,600 miles from Earth and will reach its peak at 6:48 PM EST.

In ancient tradition, full moons were named for various natural events that occurred within the lunar month. Many of these monikers were given by Native American tribes who lived and cared for Earth and all of its creations. While January’s moon is commonly referred to as the Wolf Moon, it has also been called Cold Moon or Ice Moon. Although these names are linked to Native Americans, there are no historical records to support the connection. But for those living in Nature and relying on its resources for survival, winter was a challenging season. One can picture wolf packs howling hungrily outside Native American villages with the dead of winter closing in. People and animals alike conserved resources and learned to consume less food and exert less energy in winter.

Wolves saw an opportunity for survival and developed a peaceful relationship with humans. They observed humans, just as we observe the natural world. Wolves, by nature, hunt cooperatively in packs. They use their howl to locate and communicate with other pack members over great distances in the night when they are most active and the sound can travel much farther. Similarly, we have the ability—beyond words—to communicate with each other and with Nature. Use this connection to find your own inner peace.

The moon’s energetic power is at its peak during a full moon. Its presence gives us a monthly reminder of our innate connection to the Universal.

On January 6, 2023 on or around 6:00 PM EST, set your intention for health and inner peace. Then stand in silent meditation in our most powerful Qigong posture, The Dragon Stands Between Heaven and Earth. As you stand in this celestial presence, let your mind go. Breathe in and breathe out. Align yourself with the moon’s powerful, positive energy.

Put yourself first in 2023. Join one of our upcoming events.

Try a new perspective on for size! Learn about the endless universal connections. Heavenly Bodies and Our Own: Connections