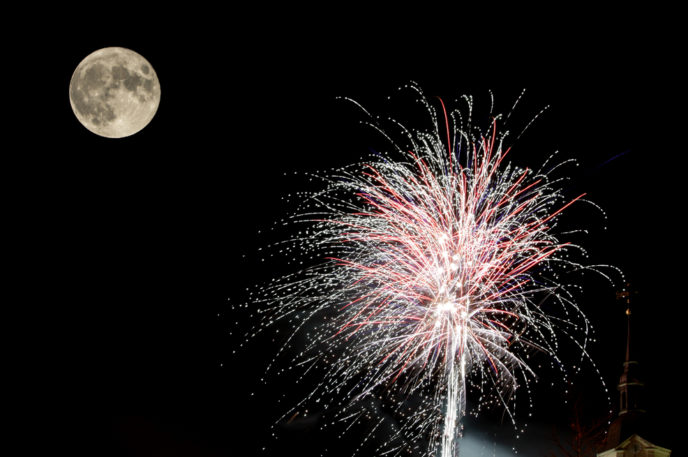 July 4 is typically a day for celebratory fireworks and barbecues. This year, the coronavirus pandemic has put a halt on major celebrations and festivities, leaving fireworks cancelled in many towns and cities. However, as the country celebrated its independence last night in a more subdued manner, the skies put on their own show. Celestial energy was at its height as a full moon peaked over the horizon bringing with it a faint solar eclipse. A penumbral eclipse occurs when the Moon passes through Earth’s outer shadow.

The July moon is also called the Buck Moon or the Thunder Moon. These names were given to the moon by Native Americans, who infused Nature into every aspect of their lives. They recognized that bucks began to grow their antlers in July, and thunderstorms at this time of year often helped to cool muggy afternoons.

Although we recognize the moon as a powerful cosmic presence, do you understand the power of the moon? Along with the sun, the moon has the power to control the rising and falling of the ocean tides. What might happen to our Earth if there was no moon? Without the moon to stabilize our planet, our seasons would go haywire, and our planet’s orbit around the sun would change drastically. Our beloved oceans would change from beautiful wave pools to serene lake-like bodies of water. This would change the nutrient flow of the ocean, eventually forcing many aquatic species into extinction.

That’s the power of the moon.

You are a being of Nature, fused into its being. You are connected to the moon’s miraculous power and energy. Feel this power. Feel its light and energy. Throughout the day today, practice The Dragon Stands Between Heaven and Earth to re-energize yourself.