The Awe-Inspiring Power of the Moon 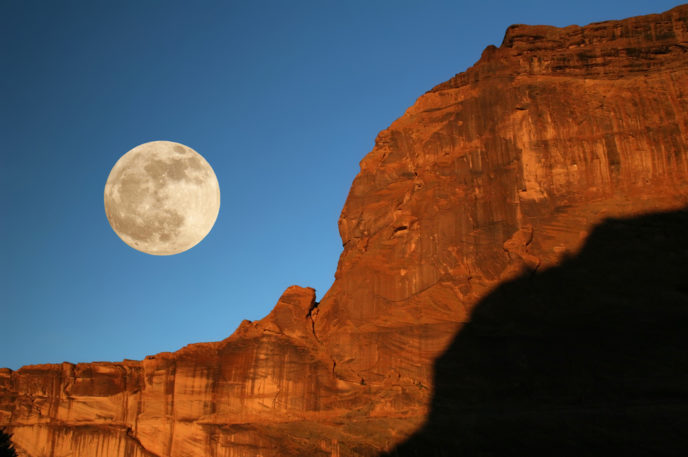 Boldness. Connection. Unity. That’s what the moon represents. Its energy connects and unites every living being on Earth.

During the next two days, stand outside in a spot with a clear view of the moon. Look up and begin to comprehend the power of this cosmic body. Along with the sun, the moon has the power to control the rising and falling of the ocean tides. But the moon is responsible for so much more!

What might happen to our Earth if there was no moon? Without the moon to stabilize our planet, our seasons would go haywire, and our planet’s orbit around the sun would change drastically. Our beloved oceans would change from beautiful wave pools to serene lake-like bodies of water. This would change the nutrient flow of the ocean, eventually forcing many aquatic species into extinction. That’s the power of the moon.

You are a being of Nature, fused into its being. You are connected to the power and the energy contained in the moon. Feel this power. Feel the moon’s light and energy. As you stand in its light, practice The Dragon Stands Between Heaven and Earth to re-energize yourself.

Full Moon Practice: Merge with Nature and enjoy a peaceful meditation. Join us remotely TONIGHT, September 1, at 9:00 P.M. EST to hold The Dragon Stands Between Heaven and Earth, see above video.

Fall Prevention Program: Creating Balance with Grand Master Nan Lu September 13-23, 2020: The Fall Prevention Program will help you build energy, create inner balance and build higher levels of immunity. The ancient system of healing believes that a body in balance has the know-how to defend itself against illness. Prevention doesn’t just happen—it requires time and effort. You’re worth it!