Once in a Blue Sturgeon Moon 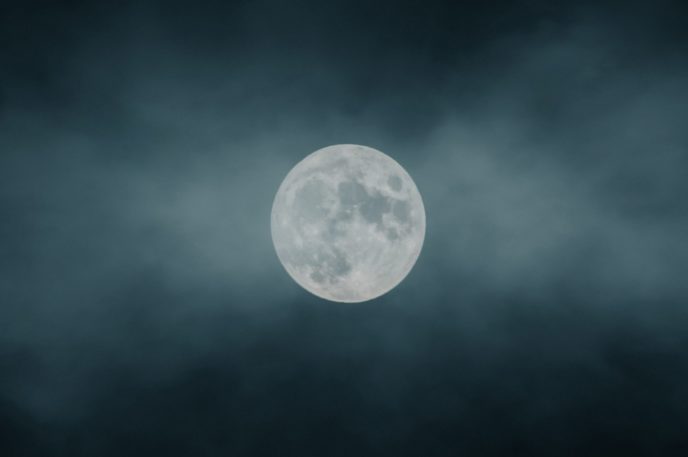 This year, August has delivered a range of exciting celestial events. At the start of the month (8/2), Saturn was at its brightest and closest point of the year. Six days later, on the auspicious date of 8/8 at 8:50AM, the New Moon rose. Just last week, the Perseid meteor shower peaked, raining up to 60 meteors per hour through the night sky. And on August 19, Jupiter reached its closest point to Earth–face fully illuminated by the sun–making it the brightest it will appear all year.

As the days shorten and summer comes to a close, we look to one last full moon of summer–the Sturgeon Moon. This full moon will light the sky on Sunday, August 22, at 8:02 AM EST, two days before we exit the Perseid meteor shower.
Native Algonquin fishing tribes are credited with naming this moon since sturgeons–large, prehistoric fish of the Great Lakes–were readily caught during this month. Sturgeons could reach lengths of up to 12 feet and were key to the tribes’ survival. Tribes further south called this moon The Full Red Moon since the sultry haze of summer would give the moon a red hue. This moon has also been dubbed the Fruit Moon, the Grain Moon, and the Green Corn Moon, for the ripening of these foods during the approaching harvest season.

Celestial energy has even more in store this month! Since our August Sturgeon Moon is the third of four full moons this season, it’s known as a blue moon. This rare event happens once every few years, giving rise to the saying, “once in a blue moon.”
With stardust in us as old as the Universe, planetary scientists confirm that nearly all of the elements in the human body were made in a star. As we navigate our life on Earth, these heavenly events serve as a reminder to honor our connection with the celestial.

On August 22 at 8:00 AM (EDT), hold the meditative posture, The Dragon Stands Between Heaven and Earth for 30 minutes. Find a quiet place in your home, close your eyes, and imagine you are the Dragon Standing Between Heaven and Earth. Enjoy the slight smile that appears on your face. Use this posture to harmonize with Nature, both on Earth and in the cosmos, and to tap into the loving consciousness of others from around the world.
Mind, Body, Spirit, Nature
august full moon, blue moon, celestial energy, moon, sturgeon moon