How Qigong Deepens Your Connection to Universal Life 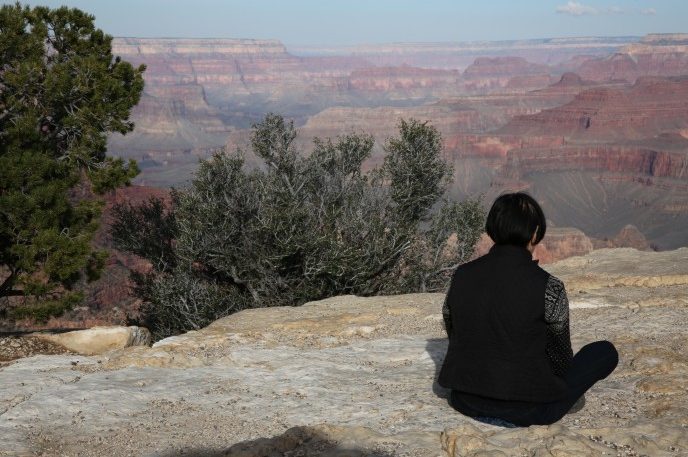 Traditional Chinese medicine looks at all life issues through a special lens. It’s a point of view based on timeless, unchanging natural law. Thousands of years ago, TCM sages and practitioners understood and practiced what has only been rediscovered in the last hundred years in modern physics: everything IS energy. This level of reality impacts the physical world we see, including our own bodies. It’s a view that has enormous implications on treating health issues and achieving health and true wellness.

The illusion is convincing. We seem to be separate individuals navigating a sea of other individuals within a complex and frequently changing three-dimensional reality. While we’re in here, everything out there is . . . well, out there. And when it comes to ourselves, we often think of our being as a collection of separate entities—my body, my mind, my emotions, and, if we get that far, my spirit. This vantage point is the gift of Sir Isaac Newton. Incredibly, most of us are still living within its confines even though its version of reality has been upgraded in the last hundred years.

The world of Newton was a distant seventeenth-century world where everything in it, including the people, were separate entities made of separate building blocks of matter. Time and space were two distinct things. It’s like the people were actors on the set stage of this world. We now know this view was incomplete. Through their discoveries in the early part of the twentieth century, Einstein and quantum physicists painted a very different view of our reality. At its most minute levels, there is no matter at all! Everything is energy, and that energy is connected to the energy of everything else in the Universe. It’s a limitless, interwoven web, where even time and space are inseparably connected. So, how can we really be separate? It’s an illusion.

The discoveries of modern physics were actually predated by Chinese sages by many thousands of years. These masters perceived that all of reality is “Oneness,” where everything is interconnected and nothing is separate. This insight dovetails with the modern concept of inseparability. Further, each being is a complete whole with all aspects interconnected—body, mind, emotions and spirit.

These insights formed the heart of traditional Chinese medicine, its principles, theories and practices. The deep perceptions and understanding of the ancient sages are expressed in TCM’s Five Element Consciousness theory. This template of the five essential elements and Nature’s infinite connections connects our physical, emotional and energetic bodies in a multitude of ways. For instance, it connects the seasons, climates, directions, internal organs, body tissues, sense organs, emotions, tastes, sounds and colors, among other interrelationships.

How were ancient sages able to perceive these deeply invisible aspects of reality so long ago?  In a word: Qigong. The most basic definition of “Qigong” is “energy work”. Yes, “Qi” means “energy” and “gong” signifies “effort,” but when we delve deeper into Chinese culture, the meaning unfolds like a beautiful flower. Qi is the conscious, intelligent energy that gives form and life to everything in the Universe—Qi is Universal life. Therefore, the purpose of Qigong practice is to connect to Universal Qi, or Universal life. Ultimately, Qigong is a spiritual practice. Ancient sages reached an extraordinary level in their Qigong practice, which is what enabled them to see far beyond ordinary perception.

The ancient masters also discovered the existence of the meridian system, the energy network of the body through which Qi, or life force, flows. The meridians give each of us life. Without this energy system, you simply cannot exist in this dimension. Meridians connect our bodies, minds and spirits into a seamless whole. And perhaps most importantly, this energy network is the living interface between us and Nature—and the greater Universe.

Practicing Qigong has a direct impact on the meridians. It helps your body, mind and spirit connect and work together in harmony. Because Qigong practice stimulates the meridians, it also benefits the health of your organs, which are linked together by their meridians. When your organs communicate well and work in harmony, your overall health is impacted. Dedicated Qigong practice can develop your intuition; it can take you way beyond your five senses and change your perspective on life. When your entire being—body, mind and spirit—is functioning in total harmony, its connection to Universal Qi is fully maximized. This optimal state can open doors of perception that most of us can only dream of.

As we know, we are already connected to Universal Qi as our birthright. So, why is it necessary to practice Qigong? Doesn’t that connection always remain open? We’re a part of the Universe, so the potential is always there. Yet, we are impacted by so many things, such as complicated and busy lives, media bombardment and lack of a deep connection with Nature. This unnatural state can compromise our innate ability to heal ourselves and to connect deeply with the pure vibration of the Universal. Simply put, we need Qigong to rebalance and restore our health, to help us achieve and maintain a sense of harmony.

For those who seek this balance in their daily lives, and for those who are inspired by the ancients to travel inward to energies and insights beyond this dimension, Wu Ming Qigong, a system with a direct lineage from the ancient master Lao Tzu, is an ancient and modern pathway that can take you there. It’ll require work, dedication, heart, persistence and the willingness to really look at—and love—yourself, but it can deepen your connection to Universal life.

What is Qigong? How can it help you? Delve deeper. Learn more.

“The whole purpose of Qigong practice is to help you open up, to use your ‘Inner-net,’ to connect to the unlimited power and the unlimited wisdom of the Universe that is called life force.” – Grand Master Nan Lu
Five Elements, Qigong Practice
connected, connection, energy, Qi, qigong, Universal Life