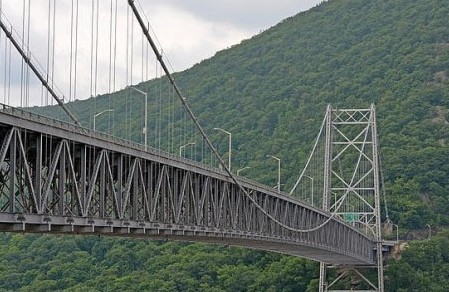 I was 37 when I began to realize that some of my childhood fears had really begun to impact my life. In the past, when I recognized a fear, I faced it, so it never got in the way. Now I found one fear—crossing big/tall bridges—was physically stopping me. One day it was one bridge, the next it was two, and the fear kept growing from there. I was going out of my way so I did not have to cross these bridges. My symptoms were physical—my heart would race, my hands would sweat, and I would start trembling. It was a panic attack.

In my qigong training and in life, I know that all fear is in the mind. My mind was powerful enough to create a physical reaction. By practicing qigong and increasing both quality and quantity, my physical symptoms disappeared. Although I still had the fear in my mind, it was stopping me less and less. I could now drive across a bridge and not have a panic attack, either as a passenger or a driver.  This gave me the courage to begin playing games to help overcome the fear in my mind. I would play and sing my favorite songs while driving over the bridges with passengers. I would take my husband for rides over the bridges. I then graduated to driving myself over the bridges a couple of times a day (back and forth) for practice. I even began to walk across a very tall mountain bridge—I have walked almost to the half-way point. Oddly enough, I began to panic on my return. I reminded myself that the fear is only in my mind, and I calmed down by the time I reached the end.  My goal by the end of 2016 is to walk across this bridge and back!