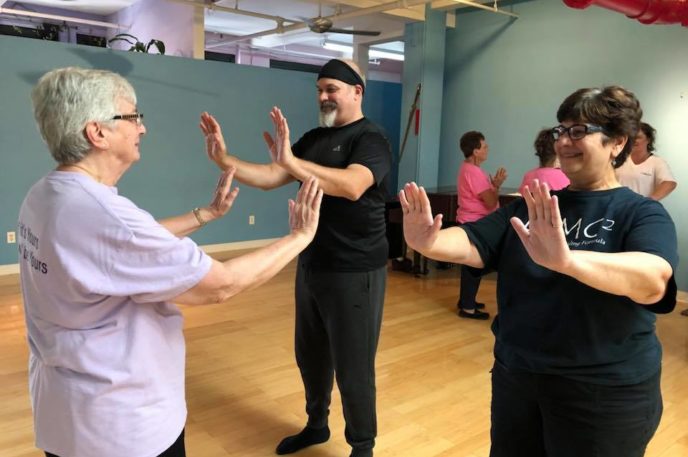 It’s nearly impossible to find someone in the United States who has not been impacted by breast cancer.

Western methods of detection and treatment apply concepts of modern physics. Tests, such as MRIs and CAT scans, penetrate deep into the body to provide pictures of what the eye cannot see. But so far, these tests can only reach a certain level.

These advanced medical tests reflect the practical application of principles of modern physics. First, everything in this reality is energy at its most elemental level. Second, changes in the interconnection and intercommunication of this energy impact physical reality.

Many Western medical professionals have concluded that breast cancer is present in the body for eight years before it can be detected on mammograms. Cancer is now viewed as a multi-stage process of cellular damage, leading to cell mutation, which occurs over a period of time.

If modern tests use advanced principles of energy, why can’t they detect breast cancer at much earlier points of formation? To date, these tests simply have not advanced to the point where they can reveal a picture of what is occurring in the body’s energy system. This is the level where disease originates and then progresses—if not addressed—to manifest in the physical body.

In the early twentieth century, physics underwent a revolutionary change. This change has impacted our world view and created a wide range of technologies. Below are some principles and concepts modern physics ushered in.

Modern science can be used to diagnose and treat breast cancer. Why then can’t we use the same model to help prevent breast cancer or its recurrence? Ironically, Western medical practices utilize advanced applications of energy in diagnostic testing and treatment. Yet they have not applied the same principles in terms of approach to disease etiology and true prevention.

Traditional Chinese medicine (TCM) principles and practices completely mirror the concepts of modern physics. The theories of quantum science and relativity sprang from the minds of brilliant modern physicists. Likewise, the theoretical cornerstones of TCM—meridian theory and the Five Element theory—manifested through the intuitive exploration of ancient Chinese healing masters. For millennia, TCM has used its insight on how the flow of energy on a quantum level impacts the body, and how the body, mind and spirit form an interconnected unity, to diagnose and treat a wide variety of conditions, including the root causes and early warning symptoms of breast cancer.

Everything is interconnected. To understand cancer from the TCM perspective, you have to understand the relationship of cancer to where it begins. TCM applies space-time to understand why breast cancer occurs more frequently in certain locations, such as the upper, outer quadrant of the breasts. TCM views the aspect of space in terms of where cancer grows. It uses its knowledge of meridians (energy pathways) and their connections to internal organs, as well as the Five Element theory, to diagnose and effectively treat blockages of Qi (energy), which can set the stage for disease to begin.TCM uses natural treatment modalities, such as acupuncture, herbal therapy, Qigong and eating-for-healing, to address the underlying causes and symptoms of breast cancer. These underlying causes and symptoms must be fully addressed in order to achieve true prevention.

The entire focus of the TCM approach to health care is on true prevention. TCM understands how the mind, emotions and lifestyle impact a woman’s health. True prevention means actively creating optimal heath overall and, when it comes to breast cancer, promoting true breast health.

Innovation in modern physics has revolutionized our lives in many ways. The technology we’ve gained as a result of discoveries in quantum science and relativity are currently at the forefront of what its theories hint at as possible. Why limit the scope further innovation can now take?

TCM is one of the oldest, continually practiced medicines on our planet. Its root shares the same understanding of matter, energy and interconnection with modern physics. TCM points the way to a successful complementary approach to breast cancer prevention. Isn’t one woman’s life worth an open consideration of this innovative approach?

For more information on TCM’s Breast Cancer Prevention Project, visit us at breastcancer.org.