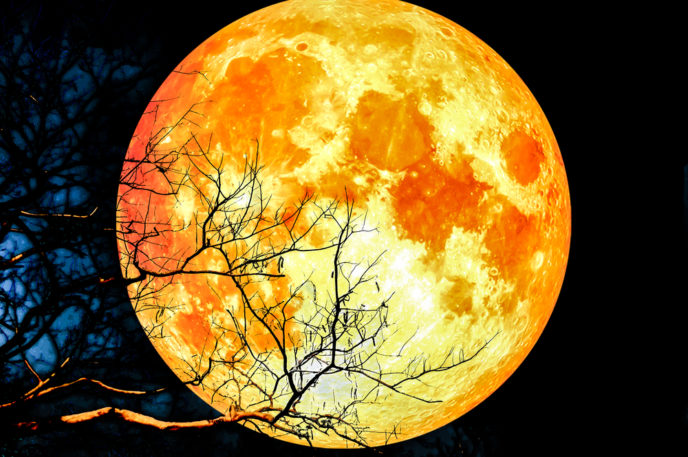 It isn’t very often that we hear, “A Super Blue Blood Moon is coming!” This trilogy of celestial events—a supermoon, a blue moon and a full lunar eclipse—hasn’t occurred in the Americas in over 150 years. But as luck will have it, this phenomenon will grace the sky on January 31st, 2018.

While “Blood Moon” is not a scientific term, it is commonly used to refer to a total lunar eclipse. With the Earth, moon and sun in perfect alignment, the moon takes on a reddish hue as it passes through Earth’s shadow. Additionally, this month’s second full moon will feature a Supermoon. This marvel occurs when the full moon coincides with the moon’s closest approach to Earth. This makes it appear larger and brighter than usual.

From a TCM perspective, a full moon represents bold, powerful energy which unites every living being on Earth. Starting and ending the first month of the new year with full moons is Nature’s way of achieving an energetic balance between action—our busy daily lives—and non-action. The moon relates to the water element and the winter season, which makes this event especially powerful. So in the days surrounding January’s blue moon, embrace the essence of the water element—be peaceful, sit quietly and rest. And as you observe this incredible Super Blue Blood Moon on January 31, stand in awe of the power that fills the sky.

As you bask in the moon’s light, practice ‘The Dragon Stands Between Heaven and Earth’. Energize yourself and connect with the moon’s incredible power.