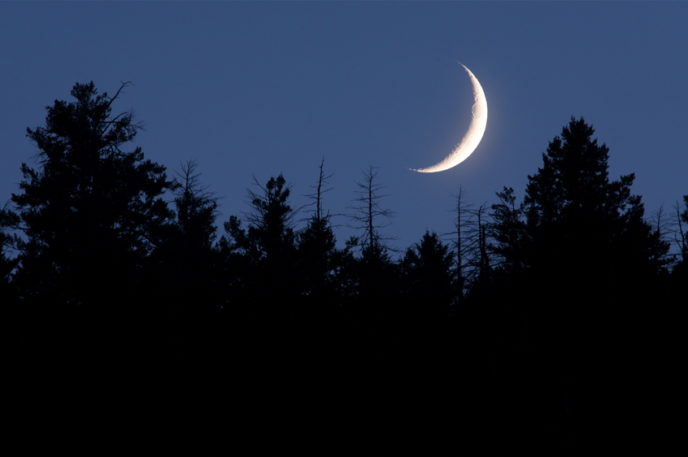 Most stargazers head outdoors when there is a notable celestial event, like a meteor shower, a planetary alignment or a full moon. These events give us a pause—a reason to take a breath and ponder life beyond our own. Life exists in so many forms all around us. Energy swirls, breathing life into the trees, cosmos and ourselves. It’s moments like these—when we look up at the majesty of the night sky—that we truly feel connected. But, we don’t always need to wait for a reason to look up and beyond.

The moon typically appears full once a month. When it does, it brightens the night sky with its heavenly glow. But the moon is so much more than a celestial body visible from earth. It has the greatest influence on the ocean tides, causing the highest tides during full and new moons. Imagine that! An object in the sky can exert its gravitational force to affect Earth’s oceans. That is powerful Qi!

The moon’s incredible energetic power is at its peak during a full moon. But what about the other phases? Have you ever stared at a crescent moon and seen more than an incomplete picture? The moon shines with such depth and majesty, full or not. A crescent moon—especially one in which we can see the full moon’s outline—represents the promise and potential of what is to come. Just as day turns to night and back to day again, and one season transitions into the next, the moon’s phases are predictable and promised. Whether it’s a new moon turning into a crescent moon or a crescent moon turning into a quarter moon, we can easily predict what the next stage will be. But it’s not just about making a prediction. The stages of the moon give us hope.

No matter what the world is experiencing, and no matter where in the world disasters may occur, we are all connected. We share one planet. Our lives are intertwined, whether or not we have ever formally met. Sometimes all we need is a ray of light shining a little hope in our direction. The light of the crescent moon still brightens the way, and it does so with the promise of new days ahead—days filled with the moon’s most powerful energetic presence of all.