Peru: The Organic and Non-GMO Mecca 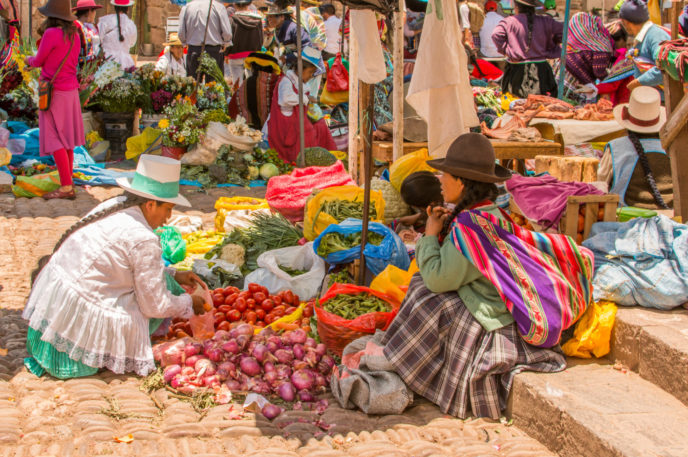 Organic food is as nature intended–grown in the warmth of the sun, with practices that sustain and nourish the land for future generations. However, in the last few years, the world’s largest chemical company, Monsanto, has devised a way to “feed more people” through genetic engineering. This is the extreme opposite of organic, where food is created in a laboratory instead of grown in nutritive soil.

These GMO crops are not what nature intended–in fact there is nothing natural about them. Dubbed “frankenfoods,” these GMO crops start as seeds that are laced with glyphosate, better known as the herbicide RoundUp. Most corn, soybeans, alfalfa, sugar beets, and a growing number of other fruits and vegetables, including the ever-popular apple, have been genetically modified. But it goes beyond the foods we eat. Meats not labeled organic (even the “all natural” ones) were once most-likely fed GMO grains. This affects milk and cheese as well. And soils where GMO crops have been grown are deteriorating and have been stripped of viable nutrients. It’s hard to escape the horrors of a tainted food supply.

Why does a chemical company have its hand in the food supply anyway? Are GMOs really needed to feed a growing population? And what will happen next?

The best place to look for answers is in countries that never accepted GMO foods to begin with–countries like Peru, where all food is organic. Read this article to find out more. And stay tuned for future posts on organic and non-GMO foods. We welcome your feedback.