Zen’s Story: The Life and Health of a Dog 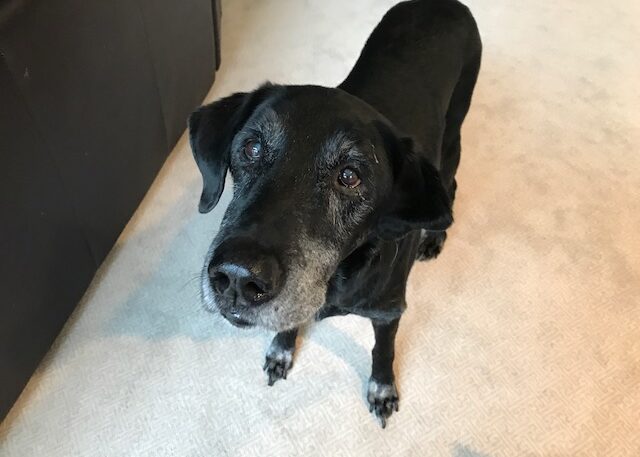 I’d like you to meet Zen. Zen is a 14-and-a-half-year-old Labrador Retriever with a feisty spirit. He sports a shiny coat and thinks that wandering the neighborhood is just the greatest thing. What’s the secret to his good health? Mung beans and barley.

Many years ago, Zen had drippy eyes and continual ear infections. The vet wanted to put him on antibiotics. I wasn’t comfortable giving him medicine since I was studying the Chinese medicine practice of rebalancing the body. I remembered a conversation I had with Grand Master Lu about foods with healing benefits. He said that corn silk tea reduces heat in the ears and that mung beans and barley cleared toxins out of the stomach.

Labs will eat almost anything so I made Zen a soupy mixture of mung beans and barley cereal and added a bit of rice. Then when the food was cooked, I added corn silk tea. I began to slowly integrate the soup for one month. I noticed that his health issues—in both his eyes and his ears—were beginning to resolve. Zen was looking great.

With this initial success, I continued the diet, adding leftover vegetables, and eventually, chicken or beef. Brilliant! He also gets seasonal herbs to support his immune health. My Zenny, as we lovingly call him, is happier and healthier than he has ever been. Although he does get rabies shots, Zen has never had a surgery, medication, or heart worm shots.

Now, at his lofty age of 14, people are amazed at his vitality, and quite frankly so am I.  This “old man” has shown me how, with love, good food, and Nature, life can be enjoyed with good health.

5 Responses to Zen’s Story: The Life and Health of a Dog