Walnuts and the Human Brain 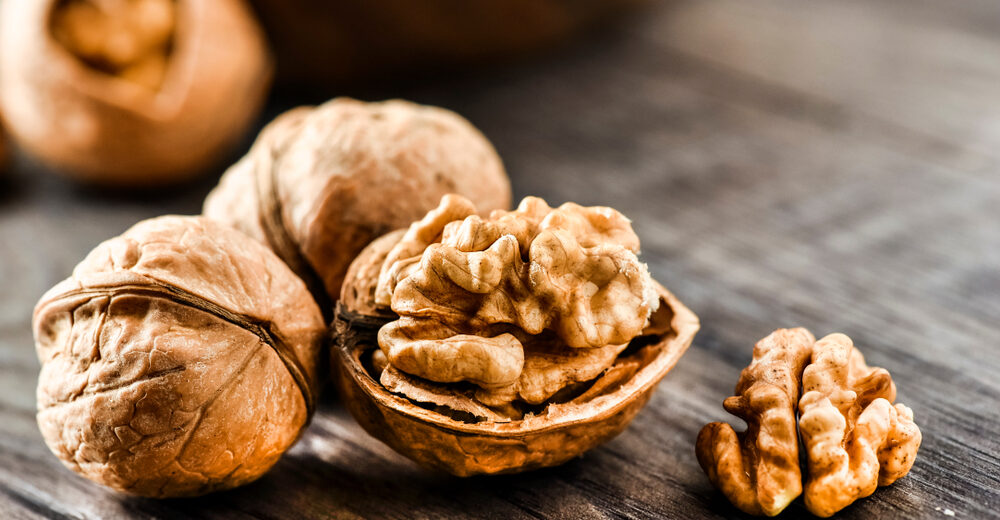 Many of Nature’s foods resemble human body parts. And what’s better, those foods are often used to support the body part they look like. Take walnuts for instance. They hold an uncanny resemblance to the human brain.

The cerebrum is the largest part of the brain. It has two halves that can be divided into a left and a right hemisphere. Its cerebral cortex is covered in folds, and the entire brain is contained within a protective covering, called the skull. Similarly, a walnut can be divided into two halves. The nut itself is covered in wrinkle-like folds and encased in a hard shell, much like the human skull.

So, the two look similar. Coincidence? No.

There are no accidents in Nature.

In the Eastern world, foods are viewed as powerful tools used to create and maintain wellness. The healing of essence of these foods nourish and re-balance the body. Walnuts are a warming food. Their healing essence supports Kidney Qi. In Chinese medicine, the energetic functioning of the Kidney supports the brain and the bones and provides energetic support to the entire body.

TCM ascribes a season to each organ system. Winter, a time of rest and renewal, is the season of the Kidney. The Kidney is perhaps the most important organ system as it stores all of our inborn Qi and distributes it to organ systems needing a bit of a boost as they get depleted. Therefore, it becomes essential that our behaviors and diet in the wintertime are supportive of the Kidney.

So how do we support this essential organ system? First and foremost, it is important to slow down and conserve energy, especially during the winter. As Nature hibernates and rests, so should we. Foods are another source of support. Black, salty foods relate well to the Kidney, as do bone soups, beans, and nuts—namely our superfood, the walnut.

Give your Kidney a much-needed boost! Check out our recipe section for sweet and savory walnut recipes.

One Response to Walnuts and the Human Brain