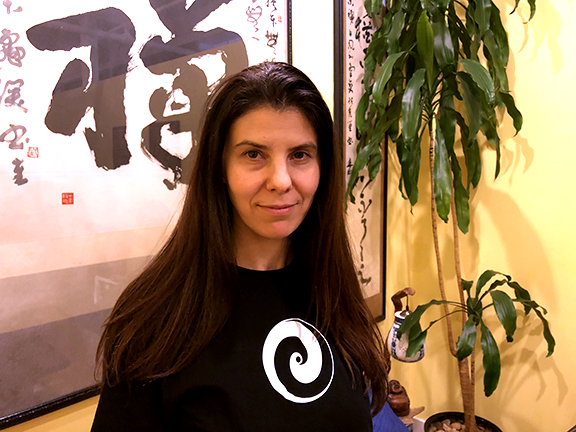 My aunt invited me to a Chinese New Year celebration in 2014. Little did I know that my health and my life would change for good.

In 2008, a blood vessel that broke into my kidney sent me to the hospital. Two weeks later I was diagnosed with ITP (Idiopathic Thrombocytopenic Purpura), a low platelet count that could turn into a life threatening condition. According to Western medicine, chronic ITP cannot be cured. Treatment for this condition varies from steroids to spleen removal, chemotherapy and experimental drugs. Since treatment risks outweigh the benefits, doctors tend to monitor the condition weekly or monthly and take action only when the platelets drop under 20,000. My platelets generally stayed in a range of 20,000-45,000, sometimes dropping under the 20,000 mark.

While at the Chinese New Year event six years later, I heard about the Dragon’s Way Qigong® program for weight loss and stress management. I asked the person sitting next to me if the program really works, and she responded that she “could really see the difference when she practiced.” That was enough to convince me. I signed up for the class. After completing the program, I had a more restful sleep, my brain didn’t feel foggy anymore, and I was more focused at work. I felt the difference.

I asked Dr. Lu if he could help with my platelet disorder. He said that I could reverse my condition through Chinese Medicine. After few months of acupuncture, herbs and Qigong exercises, the numbers started improving significantly. Today, under Tatiana’s care, my platelet counts are between 80,000 – 125,000. But normalizing my platelet count was just one of the benefits of the treatments and exercises. My weekly migraines disappeared, brutal PMS pains diminished and my endurance improved, allowing me to travel to beautiful places. Plus, instead of feeling anxious, I felt optimistic! And I became more productive at work, allowing me to take on new responsibilities.

I love, love, love my new life and health and I want to thank you, TCM world team!

One Response to Tina’s Story: Curing the “Incurable” with TCM