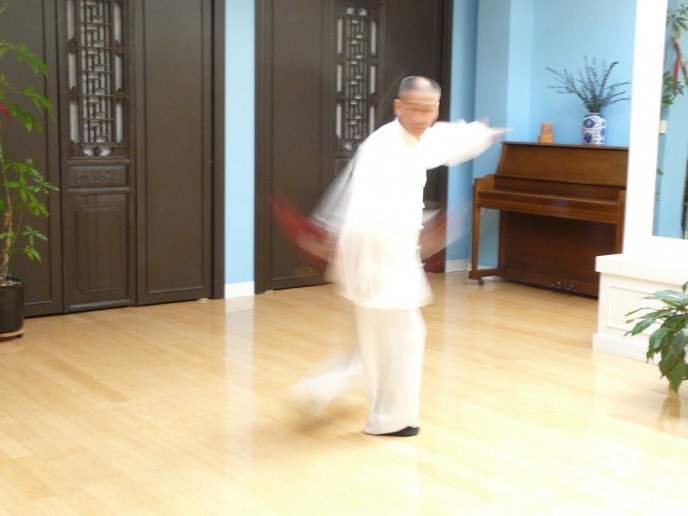 Inflammation: it’s become the fashionable medical buzzword in the past few years, the latest old “new” scapegoat blamed for everything from atherosclerosis, obesity, and depression to autoimmune disorders, cancer, and Alzheimer’s disease. More and more western medical doctors are urging patients to follow an anti-inflammatory diet and take steps to reduce inflammation in their bodies to prevent or treat major illnesses.

Not surprisingly, this strong connection between inflammation and disease has prompted many researchers to investigate how one can best reduce inflammatory markers in the body. Mind-body-spirit pursuits such as yoga, Qigong, meditation, or Taiji are of particularly great interest, given that these energy-based practices have long been used to address many diseases now linked to inflammation.

A new study published recently in Biological Psychiatry strongly suggests that inflammation can indeed be significantly reduced by mind-body practices, with an intriguing twist. Building on earlier evidence-based research that insomnia can increase inflammation, UCLA researchers showed that a mind-body activity such as Taiji could not only alleviate sleep disturbance but also significantly decrease inflammation.

Using the basic principles of yin-yang theory, Chinese medicine simply and elegantly explains these benefits of Taiji, an ancient martial art characterized by slow-moving, meditative movements. A healthy person generally has equal amounts of yang, or “fire/fast/active” energy, and yin, or “water/slow/passive” energy, in their body. Because inflammation, as well as insomnia, are considered yang, someone suffering from these conditions generally has too much yang energy in their body. The best way to reduce excessive yang energy—cooling down a raging fire, so to speak—is to balance it with adding more yin energy and activities to one’s body and daily life.

Because Taiji—or any slow-moving activity, including sleep, meditation, or gentle walking—is considered yin, practicing Taiji regularly brings the yin-yang energy of the body back into a healthy balance.

It’s no big surprise that many health conditions linked to inflammation can be traced back to a fundamental energetic imbalance in our modern lifestyles. We’re constantly under stress, on the run, eating on the go, juggling smartphones and tablets, working harder, resting less, and filling up our schedules with high intensity activities like Cross Fit or interval sprinting. Even “sedentary” activities such as watching adrenaline-pumping TV dramas or reading juicy Internet celebrity gossip can fire up our nervous systems—our collective addiction to TV and internet has gotten to the point where sleep experts recommend turning off electronic devices several hours before bedtime.

Quantum physics states that everything is energy, even matter, even our bodies at the subatomic level, and that everything is interconnected through energetic relationships. What does this mean in terms of how our lifestyles affect our health? Our bodies will, sooner or later, physically manifest the energetic imbalance of yin and yang in our lifestyles and habits — often, as it turns out, in the form of inflammation.

Small wonder, then, that more and more research touts the virtues of meditative movement and mindful meditation. Even the act of simply being still several times a day has far-reaching, powerful benefits. It’s the best side-effect free anti-inflammatory out there!

Add more stillness to your life with one of our Qigong programs – take a look at our calendar for upcoming classes.