Qigong Practice in the Light of the Super Blue Blood Moon 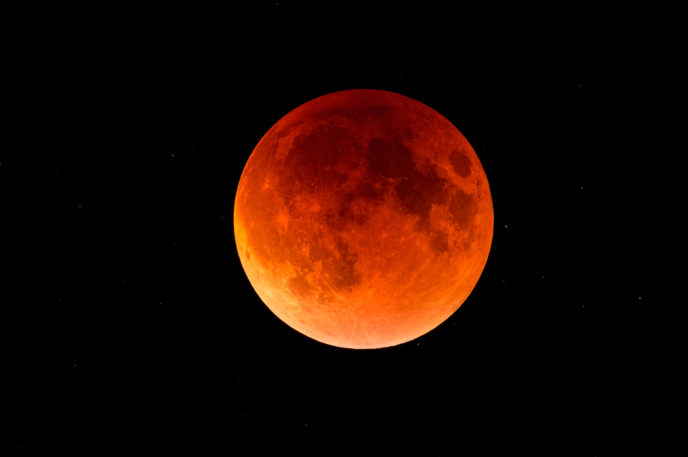 The moon is a cosmic being that brightens the night sky with its heavenly glow. But this celestial object has a huge impact on life on Earth. It has the greatest influence on the ocean tides, causing the highest tides during full and new moons. Imagine that! An object in the sky can exert its gravitational force to affect oceans on Earth. That is powerful Qi! And this is your opportunity to connect to that power.

Tomorrow’s Super Blue Blood Moon is a phenomenon—one that hasn’t occurred in the Americas in over 150 years. This trilogy of celestial events—a supermoon (a full moon that appears bigger and brighter than usual), a blue moon (two full moons in one month), and a full lunar eclipse (when Earth is perfectly aligned between the sun and the moon)—began with the first full moon of the new year on January 1.

Although the best places to view this event will be in the the western part of the United States, the eastern part of Asia or in Australia, those of us in the eastern part of the United States should be able to see the giant, reddish moon as it appears to rise in the early morning sky. So set your alarm early and get outside just before dawn. You won’t want to miss this rare event! If the weather is not cooperating, or you are in a less-than-ideal location, log on to the Virtual Telescope Project to get a better view. Live streaming of the Super Blue Blood Moon will begin at 6:30am EST from telescopes in Australia.

As you stand outside early tomorrow morning, let your mind go. Breathe in and breathe out. Align yourself with the moon’s energy. Stand in silent meditation in our most powerful Qigong posture, ‘The Dragon Stands Between Heaven and Earth’.