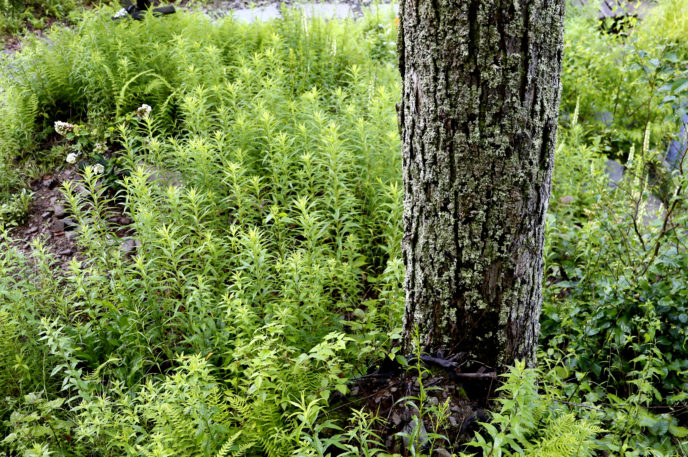 “The invisible is far more powerful than the visible.” -Grand Master Nan Lu

Nature knows of the power of the invisible. Do you?

Unless we dig down deep, we can only see what is on the surface; yet so much more happens underneath. A tree is firmly rooted into the earth by its roots, which also absorb nutrients and water and disperse them where needed. Although tree roots are mainly below the ground and therefore “invisible”, they are vital to a tree’s survival. These deeply reaching roots help a tree to stand tall with widely outstretched branches. They support leaves, fruit and wildlife. Although the visible tree is solid and sturdy, the invisible carries so much more power! Just think for a moment: What would happen to a tree if its root system were removed?

Before it hatches, a baby chick absorbs all of the yolk and blood vessels from the inside of the shell into its body. During this process, the chick uses its beak to pip, or peck a hole in its shell. It will continue to pip the shell until it is ready to be born, a process that may take up to two weeks. Sometimes, the chick may rest for a whole day without any movement. After all, being born is hard work! To the unassuming eye, it may seem as if the chick needs help emerging from its shell. But Nature knows: building and growing a healthy body starts from the inside. It is invisible! As the chick is resting, absorbing yolk and blood vessels and pipping out of its shell, it is preparing for a healthy life. If its egg is broken too early, the chick will likely not have the nutrients it needs to survive. As we watch in awe as the sweet baby chick emerges from its egg, we are often unaware of the hard work that happened under the surface—the hard work that could have only come from the inside. The invisible is powerful!

As humans, we are capable of thinking, feeling, moving, being and experiencing many facets of life. However, we often take these abilities for granted. Just because we are able to do doesn’t mean we must! Our visible bodies are entirely capable. So, what does that say about our invisible powers? To build a strong body, build your Qi—your invisible energy—by resting, practicing Qigong and eating to promote healing. All healing comes from within. These practices help feed the invisible.