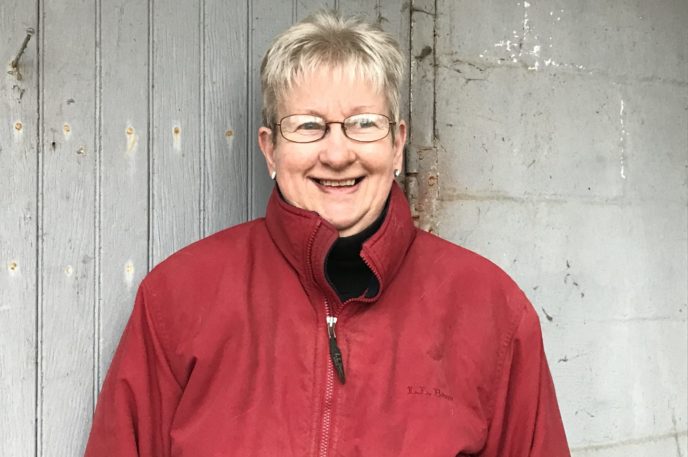 In 2002, I was diagnosed with cancer in my left breast. I had a lumpectomy, 6 weeks of radiation therapy and then started Tamoxifen, which I took for five years. In March of 2017, more cancer was discovered, and I had a mastectomy. Since I couldn’t have radiation again and I didn’t want chemotherapy treatments, the doctor prescribed the oral chemo drug Amethopterin, which I still take.

After the surgery, I experienced many side effects. My neck and upper back were so sore the pain was affecting my posture. My left wrist ached. I went for an X ray and nothing was found. When I would stretch my arm to reach for something, I’d get a stitch, like something inside was stuck. But the worst side effect was the big pouch of fluid in my left chest area.

After about a week of practice, I was lying in bed. I felt for the pouch of fluid and discovered it was gone. The next day I lifted my arm and showed my friend. Look, it’s gone! Where did it go?

I also had an egg-sized lump from the where the drain was. It got infected after the drain was removed. I was admitted to the hospital for four days and returned home with nursing care for ten days. Now that lump is nearly flat. I can feel that my posture has improved and I can turn my neck more easily when driving. As an added bonus, the pain in my left wrist is now gone. I feel some tingling in my fingers, and I think the Qigong movements are also helping to improve my balance.