The First Supermoon of 2020 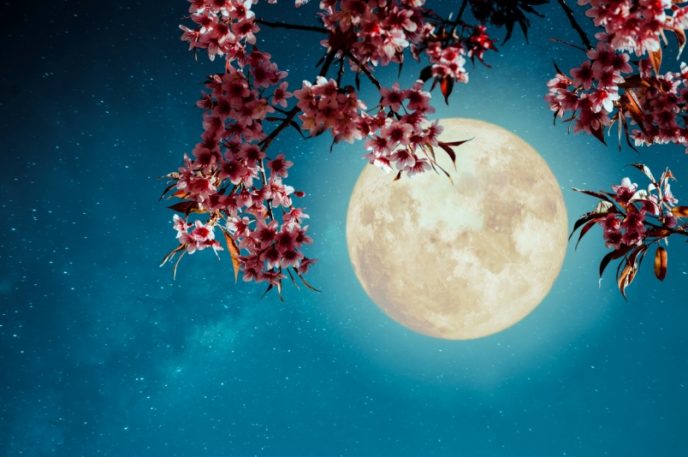 On Monday afternoon at 1:48 pm EST, March’s full moon will reach its peak. This moon, dubbed the Full Worm Moon, is also the first in a series of three supermoons, which occurs when the full moon is very close to Earth.

As the Full Worm Moon will be about 16,000 miles closer than the average full moon–just over 222,000 miles from Earth–it will appear big and bright in the nighttime sky. The next two supermoons will grace the skies in April and May.

So how did this moon earn its name? Nature, of course! According to the Farmer’s Almanac, before traditional calendars existed, Native American tribes named the moons based on what was happening in Nature. This helped them track seasonal changes. The March full moon appears just as Winter is transitioning into Spring. If you notice what’s happening around you, the temperature is slowly warming and the ground is softening. This allows earthworms to move within the soil and provides food for birds that are returning from winter migrations.

The moon’s energetic power is at its peak during a full moon. To celebrate the newness of Spring and all of the bounty that follows, join our virtual practice!

On Monday, March 9, at 1:48pm EST, stand in a peaceful place with a clear view of the Full Worm Moon. As you hold The Dragon Stands Between Heaven and Earth, tap into the immense power of this supermoon. In the video below, Grand Master Nan Lu shares the power and purpose behind this Qigong posture, a standing meditation that is central to our Dragon’s Way Qigong® program.