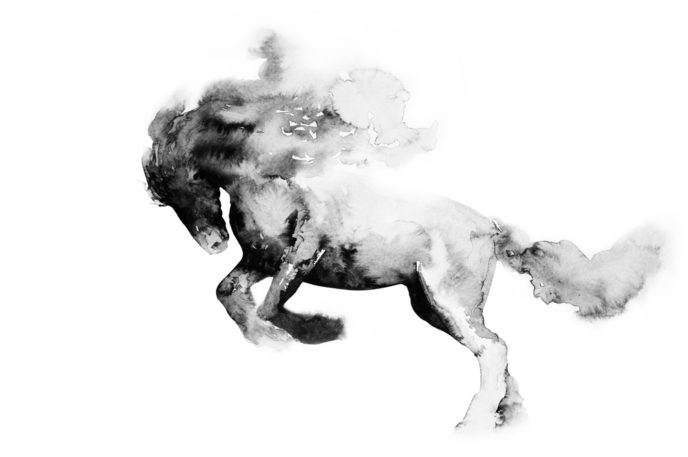 One Late Summer afternoon, an old farmer was working in his field. A storm suddenly struck leaving a section of his horse corral in shambles. From a distance, the farmer saw his only horse run away. Soon after, neighbors from the village visited and offering their condolences said, “What a shame. Now your only horse is gone. How unfortunate you are!” The farmer quietly replied, “Good or bad? Who knows?”

At daybreak the next morning, the farmer’s only son set off into the surrounding hills to find their horse. Many hours later he discovered the animal grazing under a tree. He swiftly brought the horse back to the farm. Word got out in the village that the horse had been found, and it wasn’t long before people stopped by to congratulate the farmer on his good luck. “How fortunate you are!” they exclaimed. Again, the farmer softly said, “Good or bad? Who knows?”

While training the temperamental horse the next day, the farmer’s son was thrown to the ground and broke his leg. One by one, villagers arrived during the day to bemoan the farmer’s latest misfortune. “Oh, what a tragedy! Now your son won’t be able to help you farm. You’ll have to do all the work yourself,” they said. The farmer casually answered, “Who knows?”

Several days later, the Emperor’s men arrived in the village demanding that all young men join the Emperor’s army. As “luck” would have it, the farmer’s son was not eligible because of his broken leg. “What very good fortune you have!” the villagers cried as their young sons were marched away. The farmer simply smiled.

Traditional stories reveal the deepest insights of a culture’s philosophy and can show us new ways to view the world around us. Like the farmer in this story, Taoist wisdom views every event as part of a larger whole. The meaning and nature of any event, what is thought to be “good” or “bad,” is only relative to the changing circumstances around it.