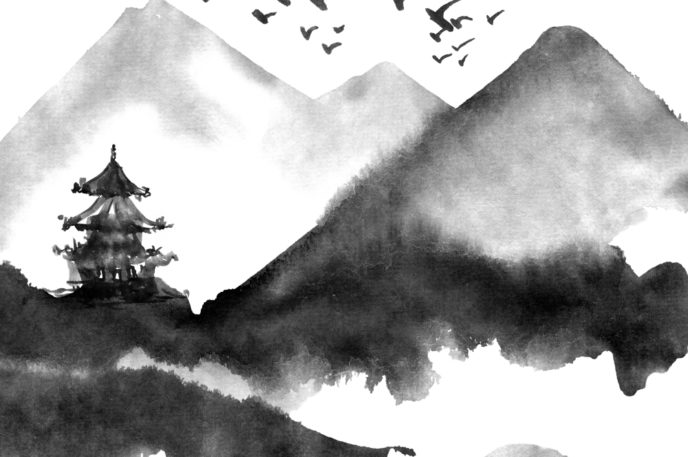 Long ago, a man named Yunghei spotted a piece of gold on the ground near the path he was walking on. He put the coin in his pocket and ran home to show his wife, Biyu, who was admired for her honesty.

After looking at the gold, Biyu said, “It has been said that an honest man cannot drink stolen water. How can you take what is not yours?” Yunghei was inspired by her words and quickly put the gold back where he had found it.

A few weeks passed, and Yunghei left home to study with his master in a faraway castle. One day, Biyu was home weaving a beautiful cloth on her loom when Yunghei unexpectedly walked through the door. Biyu was surprised and asked the reason for his return. Yunghei said that he missed her and had left his master to visit with her.

Biyu got very angry. She immediately took scissors and cut down the cloth she had spent weeks weaving. She said, “This cloth will only be useful if it is finished. If I stop weaving halfway, it is useless. It is the same for your studies. The time you spent with your master has now been wasted.”

Yunghei returned to the faraway castle to study once again with his master. He did not return until he had completed his studies and had achieved great deeds.

This ancient story teaches us to always see a project through to completion. If you stop halfway, the energy you’ve already put into it has been wasted.