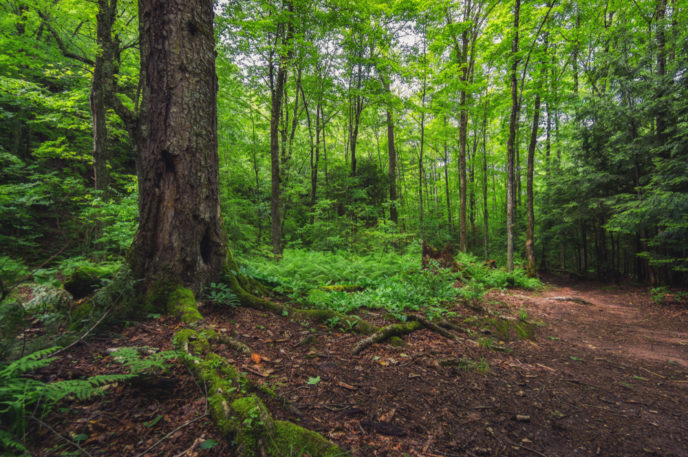 On Earth Day, we recognize our shared home in all of its magnificence. We thank the ground beneath our feet for supporting us and for giving us a place to build our homes. We thank the soil for nurturing crops that are necessary for our survival. We thank the insects for pollinating these crops and the flowers for their innate beauty. And we thank the wind, rain, and sun for their life-giving nourishment, day after day.

It seems, though, that no matter how much we have, we take more and more. We clear trees, pollute the air and waterways and harm other living beings, whether through direct or indirect actions, often without realizing the consequences. But no matter what humans have done to Earth and its creatures, we are almost always forgiven. Trees grow anew after forest fires, sometimes building a stronger and healthier ecosystem than before. Water systems self-clean after many years, ridding themselves of toxins and other pollutants. And depleted populations slowly come back to life when they are left to recover naturally, or are helped along by human efforts. Nature restores and renews. Nature knows how to heal.

Be a Good Guest

Sometimes, we as humans realize the negative impact we have made on Earth, and we strive to make a difference. We see that an animal is on the brink of extinction and we dive into action. We see polluted waterways and we devise machines to clean them. But there are some human influences on Earth that humans and Nature itself cannot reverse, no matter how much time or effort is given. As Barbara Ward once said, “We have forgotten how to be good guests, how to walk lightly on the earth as its other creatures do.”

Walking lightly is something early humans practiced every day. They lived outdoors, using Nature to shield them from the dangerous wild—be it bears, raging thunderstorms, or the scorching sun. Some early people climbed trees and used branches as their shelter, while others hid inside caves. Until 3100 BC, when ancient people learned to make bricks out of dried mud, people used bones, sticks, and animal hides as their home bases, using Nature to their benefit. They existed in Nature, using it not only for shelter, but for food and play, among all other activities.

During the last few months, much of our world has been put on hold. And while we struggle with the repercussions of this virus on our medical and economic systems, we have seen a glimpse of what “walking lightly” truly means. While we have taken shelter indoors in the midst of the ongoing pandemic, factories have lessened production, and cars, trains and buses have nearly ceased running, leading to lower levels of air pollution. A lack of commuter ferries and passenger-filled boats has rejuvenated waterways around the world, inviting native species back to their homes. When humans tread softly, Nature sings.

On Earth Day and everyday, make it your practice to continue walking lightly upon Earth. Recognize the impact that your actions have not only on the humans around you, but on the air, water and other living beings that coinhabit our great green planet. Live in a way that is respectful to all of creation. Begin to see yourself as a Nature being. Listen to bird songs; feel the power of moving air; dance in the rain. Let Nature’s wonder wash over you. Bring that feeling inward, knowing that the beauty that exists around you is also contained within you.

Click this link to listen to podcasts from the past few weeks from Grand Master Nan Lu. As you listen to his words, delve deeper and connect to the hidden messages contained within.
Mind, Body, Spirit, Nature
be free, forest bathing, mind-body-spirit, mind-body-spirit healing, Nature, oneness, Shinrin-yoku, trees