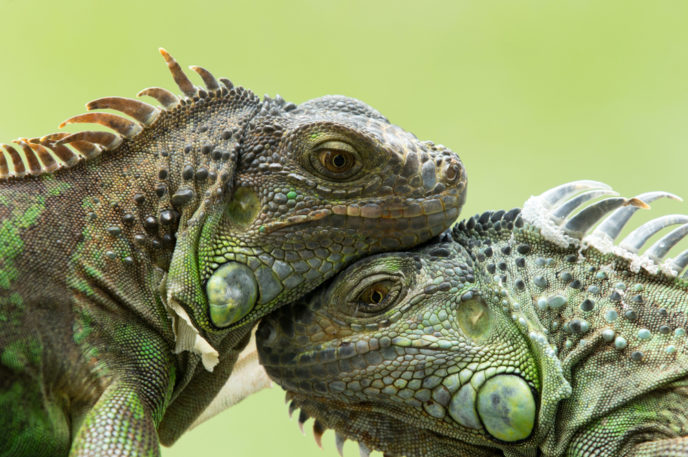 Whether happy, sad, frustrated, angry, elated or confused, all humans experience emotions. It’s just part of being human. But emotions, whether simple or complex, are not reserved for humans alone.

Whether it’s a dog playfully chasing a ball or looking guilty after eating your favorite shoes, many of us have seen an animal display “human” emotions. It’s easier to imagine a domesticated animal displaying sadness, grief, happiness and empathy than wild animals, but the following stories will show that Nature—in many of its forms—feels and experiences the depth of emotions.

Recently, a video of a border collie running to the rescue to save a chihuahua puppy from a car in reverse became a viral internet sensation. Much like the humpback whale that saved a seal from approaching killer whales. A few months prior, the story of an orca whale crying as she carried her dead calf sparked the attention of people around the globe. As this mother outwardly grieved her loss, the world turned their attention to a similar story, a grieving dolphin carrying her stillborn baby through the waters around New Zealand.

The “human” emotion of grief is tied to so many creatures. Elephants mourn the loss of another in their herd by covering the dead body with leaves and grass. They watch over the body for a week and continue to visit its “gravesite” for many years after. Chimpanzees have been observed collecting and setting food aside for their dead companions. Some have even died of “a broken heart”.

Animals are incredible beings. They are capable of much more than hunting, playing and surviving—the notions we often attribute to wild animals. When a cat comforts a sad companion or a wild animal “adopts” a baby from another species, we see true humanity. We get a glimpse of an understanding that is deeper than ourselves. Humanity is more than the collective human race. It is an understanding of love, empathy and compassion for all creatures, human or otherwise. It is the innate knowing that we all share this one Earth as common creatures, capable of feeling, sensing and being.

Owen the hippopotamus and Mzee the giant tortoise are subjects of a popular children’s book. These two creatures, as different as they are, have an unbreakable bond. Their friendship shows that Nature knows no bounds. As humans, we can learn a lot from Owen and Mzee as well as other animals in Nature. In many ways, their social groups and connections mimic our own. And in their relationships—those that know no bounds—we get a glimpse of our own greater connection to the Universe itself.