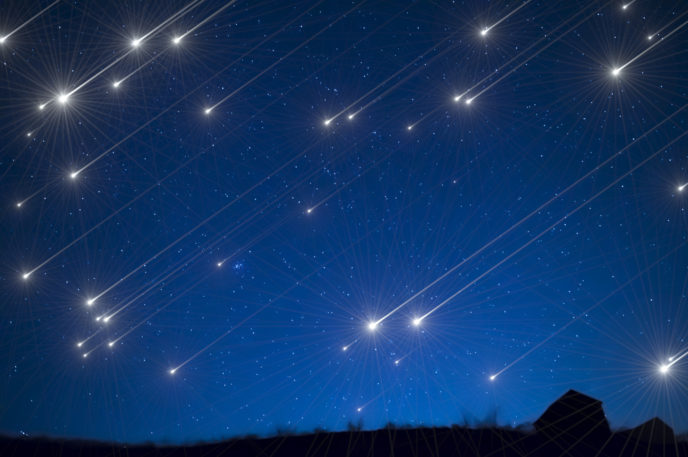 During the past few months, we’ve grown accustomed to hearing about news around the world. Although the daily lives of our sisters and brothers in other areas of the world may have seemed distinct from ours before the pandemic, we now realize that what affects one touches many. This world is immense and yet so small at the same time.

For the first half of this week, people around the globe will share something else newsworthy. As our Earth crosses paths with the comet Thatcher, a beautiful display of meteor showers will brighten our night sky. The Lyrid meteor shower is named for the constellation Lyra, better known as The Harp. Lyra is made up of 7 stars, one being Vega, one of the 4 brightest stars in the entire sky. Lyrid is one of the oldest known meteor showers, with recorded sightings dating back 2,700 years. The peak of this shower will take place from Tuesday evening at about 10:30PM to just before dawn on early Wednesday morning, when up to 20 meteors per hour may be visible.

Join us in standing meditation on Tuesday at 10:30PM EST as we hold The Dragon Stands Between Heaven and Earth. This energetic gift from the skies is a clear reminder of the connections we all share.