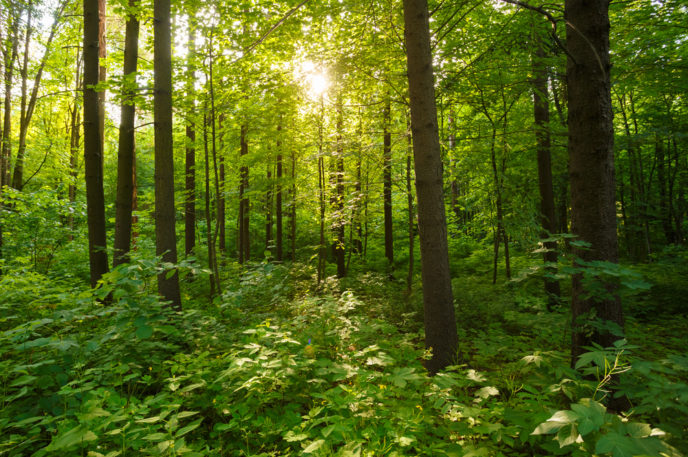 Early humans lived outdoors, using Nature to shield them from the dangerous wild—be it bears, a raging thunderstorm, or the scorching sun. Some early people climbed trees and used the branches as their shelter, while others hid inside caves. Until 3100 BC, when ancient people learned to make bricks out of dried mud, people used bones, sticks, and animal hides as their home bases, using Nature to their benefit. They existed in Nature, using it not only for shelter, but for food and play, among all other daily activities.

For the past few months, our world has been sheltered indoors while we battle an invisible enemy. While it hasn’t been easy on many levels, this time has given our natural world a chance to breathe, recover and ultimately, heal. Instead of commuting via bus and train and spending our days behind computer screens, people have been walking, biking and spending time outdoors. Neighbors that haven’t had a conversation in many months have rekindled their friendships, albeit from a 6 foot distance.

As we look back to our pre-Covid-19 routines, we hardly allowed ourselves the time to breathe fresh air during the busy workday. Many times, we would head home after dark, and hurry inside to make dinner and get the kids to bed. And this “inside living” translated to the younger generation, too. On a gorgeous day, kids were often shackled to their video games instead of outside shooting hoops or playing tag. This recent norm has given us a few blessings in perspective. We have more time to enjoy our families and spend time outdoors—playing catch, planting our gardens, or simply walking down the street. In this midst of this worldwide pandemic, our connection to Nature is more vital than ever to maintain.

Back in the 1980s, a national health program began in Japan to revitalize the link between humans and Nature. Shinrin-yoku, translated as “the medicine of being in the forest,” and simply named “forest bathing,” believes that being immersed in nature heightens our intuition, lowers our stress levels, increases our immune system function, and boosts our overall health.

Over an 8-year time span 20 plus years after its inception, Japanese officials studied the effects of Shinrin-yoku. The results were overwhelmingly positive, showing a significant increase in immune system health after just one week of forest bathing. Studies attribute this boost to a natural oil called phytoncide, which trees and plants emit to ward off germs and insects. This natural oil is also found in some fruits and vegetables. Other experiments and studies have brought about similar results, showing that spending time in a living forest lowered stress levels and blood pressure and increased overall well-being and energy.

Forest bathing has expanded beyond Japan, sparking a new trend in places like Los Angeles and San Francisco. Participants meditate under a canopy of trees and allow Nature to soothe their spirits and wash away their worries. They fully immerse themselves in Nature while disconnecting from the reality of work, life and schedules. But having a leader isn’t essential; you can practice Shinrin-yoku solo or with your own small group, once the quarantine has ended.

For now, be present. Simply walk among the trees. Breathe in the rejuvenating nature of the forest—even if it’s the breeze coming from the trees in your own backyard. Notice the details that you once overlooked, or even took for granted. Practice Oneness by letting go of everything that ties you. Be free in mind, body and spirit. As naturalist John Muir once said, “In every walk with Nature, one receives far more than he seeks.”