Chinese Zodiac 2023: What Does Your Sign Say About You? 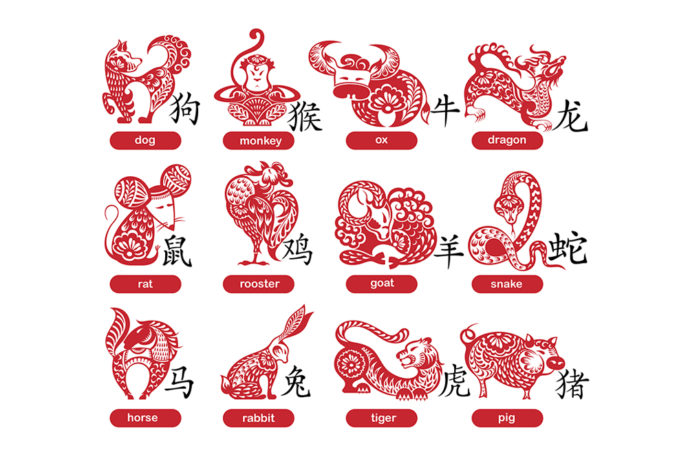 2023: The Year of the Water Rabbit and Your Zodiac Sign

A popular folk method which reflected this cyclical method of recording years are the twelve animal signs. Every year is assigned an animal name or “sign” according to a repeating cycle: Rat, Ox, Tiger, Rabbit, Dragon, Snake, Horse, Sheep, Monkey, Rooster, Dog and Pig. Therefore, the same animal’s name or “sign” would reappear every twelve years.

We’re about to enter the Year of the Water Rabbit.

Read the interpretations below to see how your animal sign will fare in 2023.

People born in the Year of the Rat are intelligent, energetic, creative, charming, resourceful, thrifty, and above all, extremely organized. Ambitious Rats are likely to be perfectionists. They work hard to achieve their goals and acquire possessions, and are often very successful. They love to gossip and have a tendency to get easily angered. But when a Rat takes a risk, it usually pays off. Quick-witted Rat is usually able to devise clever ways to get out of predicaments. The Year of the Rabbit is beneficial for Rat. These two signs have a mother (Rat) and child (Rabbit) relationship. Rat will always support Rabbit, and will receive luck and good fortune in return.

People born in the Year of the Ox are reliable, loyal, and hardworking. They are modest and cautious, and often keep their emotions bottled up. Patience is one of their key attributes, and they often inspire confidence in others. Although they are not big talkers, they are quite eloquent when they take the risk. On the flip side, Ox tends to be eccentric, is easily angered, and hates to fail or be opposed. After a turbulent 2022 with Tiger at the helm, Ox will finally be in position to reach a state of balance. This will be a year of self-exploration, where Ox is able to see a situation from multiple perspectives and respect varying viewpoints. As Ox grows in self-awareness, their appreciation of others grows as well.

People born in the Year of the Tiger are charming, magnetic, unpredictable, adventurous, strong, trustworthy, and independent. Historically, these natural-born leaders were held on a pedestal and viewed in the same light as emperors. Tigers often do what they please, sometimes to the detriment of those around them, yet people still flock to their sides. They tend to be intelligent, yet arrogant, and like to show off their many accomplishments. This year, more than ever, Tigers have luck and prosperity on their side, putting them in a position to succeed. While Tiger will face some challenges this year, preparing in advance and persevering through the storms will help Tiger to grow in incredible ways.

People born in the Year of the Rabbit are gentle, caring, creative, and playful, yet conservative. In business, Rabbits are talented and conscientious, and seldom lose their temper. While fond of gossip, Rabbits are trusted and admired for their tact. Over the past few years, Rabbits found themselves lucky in love and business; the same good fortunes will continue this year. While Rabbits are most compatible with Dog, Pig, and Sheep, their kind and nurturing nature draws many people near. Self-care is a priority for Rabbits, so they don’t over-extend and wear themselves too thin. This year, Rabbits will enter into new relationships that help them discover more about themselves. Regardless of the challenges they face, Rabbits must keep their eyes on the prize and continue working toward their own goals. This will bring a year of surprises and good fortune.

People born in the Year of the Dragon are decisive, determined, and charismatic. They are also short-tempered, stubborn, and easily excitable. They often seek out adventure and excitement, but through their honesty and bravery, Dragons inspire confidence and trust in others. Dragons are the most eccentric sign of the zodiac, and while they are often loud and prominent, Dragons tend to be soft-hearted, giving others room to take advantage. Many new opportunities will pop up for Dragons this year. As long as Dragons weigh the pros and cons of a situation, stay true to their decisive nature, and surround themselves with high-achieving supporters, they will be in for a lucky year ahead.

People born in the Year of the Snake are wise, watchful, and tenacious. They are financially fortunate and never have to worry about money. Snakes say little and possess great wisdom. Although Snakes may seem cold at first, they are intense, passionate, and loving to those they get close to. Snakes have a negative quality, too—laziness. They also have a tendency to be quite vain, selfish, and a bit stingy, yet they have tremendous sympathy for others and try to help those less fortunate. Snake people tend to overdo, since they have doubts about other people’s judgement and prefer to rely on themselves. Determined in whatever they do, Snakes hate to fail. Snakes had a tumultuous year in 2022, but the experiences and teachings they gained will help them avoid turmoil in 2023. This year, Snakes need to rely on their own self-awareness and focus on creating balance between their home life and work life.

People born in the Year of the Horse are driven, lively, independent, honest, and exuberant. They enjoy their freedom and look for unique forms of self-expression. Cheerful and skilled with money, this popular sign is generally perceptive. However, Horse is also impatient and hot-blooded, and often disregards advice from others. While the end of 2022 brought many frustrations for Horse, that luck is about to turn around. This year, Horse should look into any and all opportunities that present themselves, even if it requires Horse stepping out of its comfort zone. Achieving success in love and business will all stem from Horse’s self-perception. Having a strong sense of self, trusting the advice of others, and making confident decisions, are key to Horse’s good fortune in 2023.

People born in the Year of the Sheep are idealistic, nurturing, sensitive, elegant, and kind. Sheep are also quietly persuasive and tend to hold their emotions. They are passionate about the arts and life in general, and always follow through with what they believe in. 2023 will bring its share of challenges for Sheep. Fortunately, Sheep are resilient. They struggled through 2021 and were able to reap the benefits of overcoming tough obstacles throughout 2022. At the start of this year, Sheep will learn to rely on their own inner strength and grit as they navigate a few hurdles. With persistence and discipline, Sheep will move past these challenges gracefully, with a greater sense of awareness, and an eye toward peacefulness in the second half of 2023.

Clever, scheming, and playful, people born in the Year of the Monkey like to buck the system. Their inquisitive, fun-loving and adaptable nature—paired with their engaging personality—helped Monkeys through some difficult times last year. Monkeys are remarkably inventive and have the ability to solve the most difficult problems with ease. Monkeys are successful in most, if not all, of their chosen ventures, but they have a discerning habit of being too agreeable. Their impatience can leave them feeling discouraged and can cause them to abandon their projects. While strong-willed, they are quick to cool down and move past the issue at hand. Rabbit’s kind and gentle nature will be beneficial for Monkeys this year. Approaching a situation with patience will be a key factor to their personal growth. With friends and family cheering them on, Monkeys can look forward to success in every aspect of their lives this year.

People born in the Year of the Rooster are reliable, honest, passionate, precise, efficient, and most notably, hardworking. These deep thinkers are capable and talented, and like to be kept busy at all times. Although they outwardly appear adventurous, Roosters are timid at heart, and often have a hard time maintaining quality relationships. Rooster emotions—and finances—swing from very high to very low. Roosters can be outspoken and appear selfish, but they always bring an interesting viewpoint. When they argue their position, they are most always correct. Rooster’s positive character traits will come in handy as Roosters come face-to-face with some challenges this year. Rabbit pushes Rooster to prioritize responsibilities, become more team-oriented, and courageously face fears. Roosters will learn the importance of delving inward, and will learn to lean on meditation and self-reflection.

People born in the Year of the Dog possess the best traits of human nature, making them strong and efficient leaders that others admire greatly. Dogs are honest, empathetic, protective, affectionate and resourceful. They have a deep sense of loyalty and inspire confidence in others. But Dogs are also selfish, stubborn, eccentric, and impetuous. They don’t care much about finances, but they always seem to be financially stable. This year, Rabbit will help its friend Dog navigate many twists and turns and ups and downs. Dogs like to walk new paths, and will learn to step out of their comfort zone in 2023, leading to a year full of adventure.

People born in the Year of the Pig are kind, honest, patient, generous, loyal, sociable, clever, and enduring. They take on projects with tremendous fortitude, honesty, and loyalty. Pigs have a small circle of friends, but these friends will stay beside them for life. With their great thirst for knowledge, Pigs are studious and well-informed. Still, Pigs do not like to debate and shy away from arguments. While Pigs have an impulsive side, they always try their best to work out a problem quickly and efficiently, keeping kindness at the forefront. This year will bring many surprises for Pigs—most of them pleasant—leading to a state of balance and peace. Pigs will again find that all major decisions they make in 2023 will come with a dose of good luck!

Chinese New Year falls between January 21st – February 20th each year. If your birthday falls in January or February, check the exact dates below to determine your animal sign. The listings below also detail the sign as it relates to one of the five elements in Nature: Metal, Wood, Water, Fire and Earth. Your element adds further meaning to your zodiac sign.

Lucky Foods in the New Year