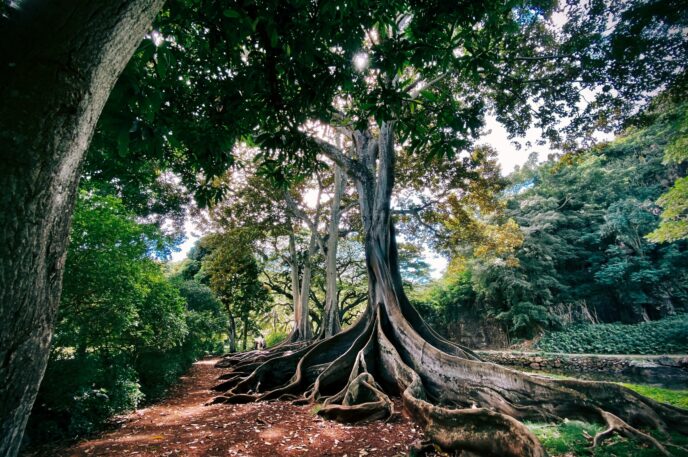 Most therapists would agree—communication is key to a successful relationship. However, the value and necessity of communication isn’t just experienced by humans. It’s prevalent throughout every aspect of Nature.

Animals use distinct verbal/auditory, physical, and even chemical cues while mating, searching for prey, defending territory, caring for young, and protecting those in their group. For example, birds’ mating songs differ from their in-flight calls, contact calls, and “hungry” calls. Dolphins communicate through clicks and whistles, and also through body language, like flapping their flippers and jumping out of the water. Dogs communicate by barking, tail behaviors, and marking their territory. And in addition to using vocal sounds to communicate with others in their herd, elephants create a “mock charge” when a predator is nearby. This sends seismic waves about 20 miles out, which can be felt by other elephants through their feet. This form of communication does not just protect the immediate elephant herd, but warns others of impending danger.

While communication is key to survival in the animal world, it is also a necessary component to life in the forest. In a recent NPR article, ecologist Suzanne Simard explains that as social creatures, trees communicate information necessary to the survival of the forest as a whole. An underground network of fungi allows trees to warn others of danger, share nutrients, and even help older trees care for seedlings. Dying trees also play a crucial role in rearing the younger “generation”. As a tree starts its decline, it transmits carbon to neighboring trees. Nature innately knows that it no longer needs to sustain this tree, so it helps to feed younger trees in the forest.

On the other hand, ancient beech tree stumps have shown signs of life 400 to 500 years after having been cut down. Forester Peter Wohlleben attributes this to nearby trees that continually feed the stump through the shared fungal network. “When beeches do this, they remind me of elephants,” Wohlleben says. “They are reluctant to abandon their dead, especially when it’s a big, old, revered matriarch.”

Studies have shown that certain trees form partnerships and rely on each other for survival. They also communicate in the more traditional sense, using chemical signals and their senses of taste and smell for protection. For example, when an animal is eating its leaves or branches, the tree will emit chemicals to alter its taste and make it unappealing to the animal. It may even release pheromones to warn other trees that a predator is approaching.

From old mother trees that keep watch over Earth’s forests to animals walking the land and swimming the seas, communication is of paramount importance. These interactions show us just how connected Nature truly is.