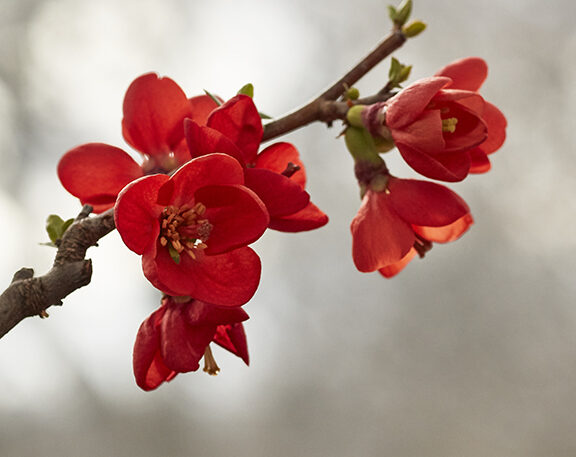 Most of us live in a world buzzing with physical feedback from noise, smells, sounds, sights and the like. We run from morning to night at breakneck speed, rarely taking time to see, let alone feel, changes in the weather or the seasons. Yet each season has its own Qi. Nature understands this. For instance, if you plant something out of season, it may grow, but never flower or bear fruit. The plant is responding to the seasonal Qi in which it was planted. Each season’s particular Qi allows different things to change.

Whether we believe it, or can perceive it, each season’s Qi exerts an influence on our bodies and in our lives, as well. Working with the flow of Nature can give you added healing support. Often, many people get sick when the seasons change. This is because their bodies’ Qi cannot adjust smoothly or match with the Qi of the new season.

TCM has a theoretical framework within which each organ has a seasonal relationship. Spring is the season of the Liver. It is a time when Nature’s Qi rises naturally, causing seeds to germinate and plants to grow. In your body, Liver energy rises in the Spring as well. Each organ is particularly prone to problems during its own season. Spring can bring headaches, especially on the top of the head, if Liver Qi rises too quickly. It can also bring bad moods or mood swings if Liver Qi does not flow smoothly. Why? Because your Liver is in charge of emotions.

Nature’s Qi changes with the seasons. Summer is the season of heat and relates to the Heart. Many heart problems have to do with excess heat in this organ. Fall energy relates to the Lung. Its energy can make you vulnerable to coughs and colds. And the season of the Kidney is Winter, when this organ tends to suffer from infections and deficient Qi. Weak Kidney Qi is one reason you may feel especially tired and low during the Winter season.

Keeping the body healthy and balanced in Spring is key to health throughout the year. During this season, it is important that we support the Liver so that we can transition through the Spring season in a healthy way. When Liver Qi flows freely, the body does not suffer Spring allergies, headaches, emotional surges, and menstrual issues. A balanced Liver will also be able to give more support to the Stomach, thereby lessening digestive issues.

Key Tips to Support the Liver

1. Release your stress and anger! Throw eggs, scream in the shower, or simply learn to lessen your load by saying “no” from time to time.

2. Disconnect and Reconnect. Set aside time throughout the day to unplug yourself from computers, cell phones and other devices. Then take a walk in Nature, or stand close to an old tree. Feel its presence and its wisdom. Allow yourself to breathe and become aware of the natural world around you.

3. Pucker up! Sour foods support this organ system, so be sure to fill your plate with pickles, and foods prepared with lemon and vinegar. Try other Liver-boosting foods as well, such as eggplant, broccoli rabe and bamboo shoots.

Excerpted from A Woman’s Guide to Healing from Breast Cancer.